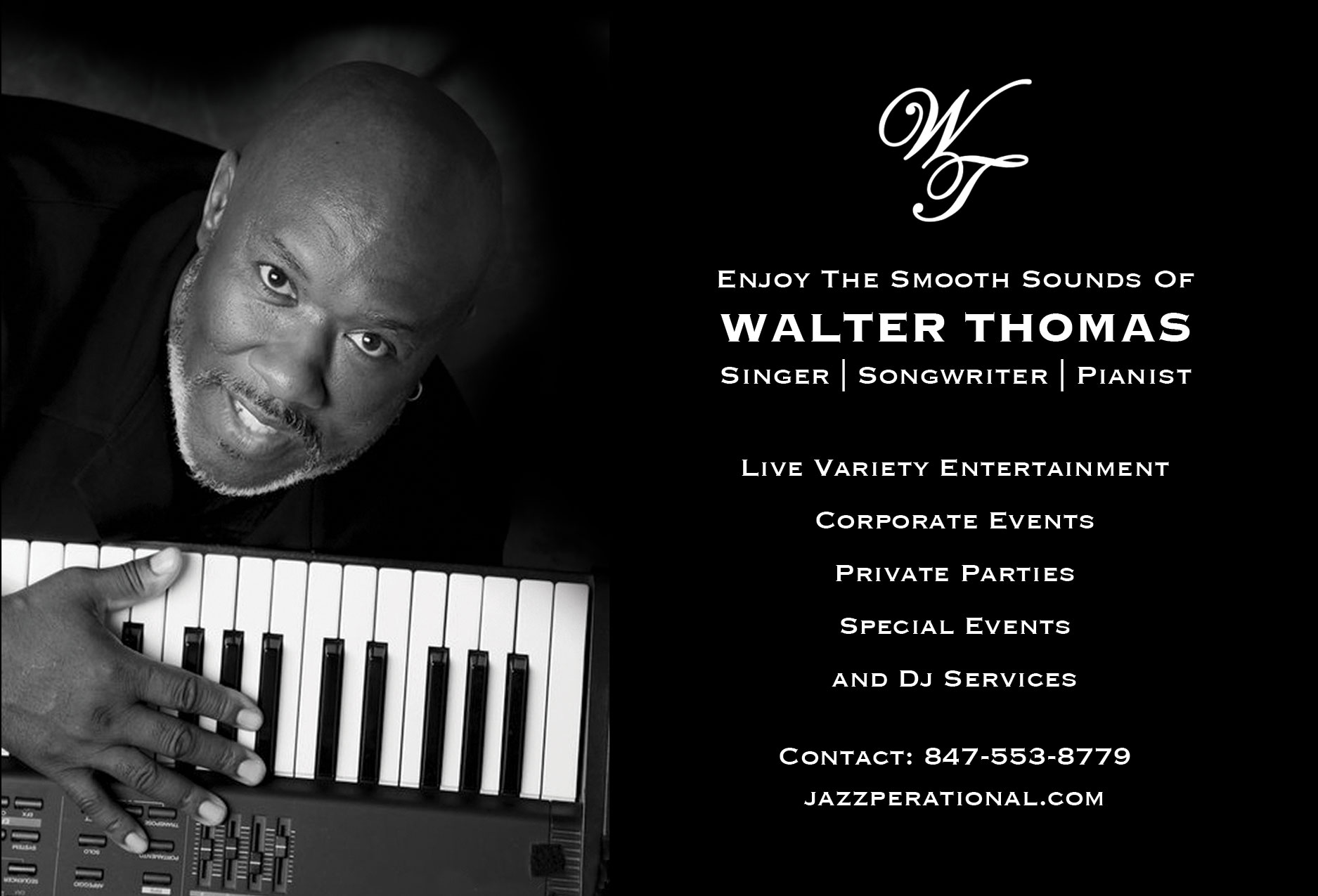 WALTER THOMAS will enchant your audience with his sophisticated, smooth musical abilities and personality.

Years of nightclub, concert and special event performances have honed this gifted artist into a main stage act.

Walter has toured internationally with the Temptations, Friends of Distinction, and was opening act for the Floaters, Bette Wright, The Emotions, and The Drifters.